I LIKE THE WAY YOU HURT: A Dark Interracial High School Bully Romance by Lorrain Allen Due for release 6th of December 2019

PRE-RELEASE PRICE IS $2.99 FOR A LIMITED TIME ONLY!

After the tragic death of her father several years ago, Cocoa’s mother has finally found love again. Cocoa is uprooted from Los Angeles, California to a small town in West Virginia before the start of her senior year. Though she’s not enthusiastic about the move, she’s very excited that her mother has found the will to love again. Cocoa meets Maverick prior to the first day of school. Cocoa is biracial and is everything Maverick has been taught to hate. Though Maverick hates her on sight, a fire burns between them that could destroy both of their worlds, leaving them in ashes. Cocoa can sense the hurt and anger in Maverick wanting to burst free and consume everything in its path. Will Cocoa be the one person that can soothe Maverick’s soul before he self-destructs?

Maverick’s mother committed suicide to escape her abusive husband, leaving six-year-old Maverick to face the fists of his father alone. The only things Maverick can relate to are power, control, pain, and anger. He doesn’t know how to love. He’s afraid of the feelings that Cocoa stirs in him because he’s not supposed to want her with a fever that burns so bright that it leaves him aching. The only way he knows how to control his feelings is to destroy Cocoa and make her hurt.

This is a standalone book.

Beauty and the Bullies: A Dark High School Bully Romance Series by Mya West Due for release 2nd December 2019

My life has never been a fairy tale. My parents supplied half the drugs in my neighbourhood. I did what I had to do to survive. I thought I finally caught a break when I started at Ryland High, the countries wealthiest high school. I’ve somehow managed to get the full attention of three of the hottest guys here. But things are worst then ever. They made sure of it. Now I’m part of their sick game. A game I can’t win. A game I’m not supposed to win. Ryland High is full of secrets, just like the town that surrounds it. I hear rumours about who really controls everything and everyone around me. Everyone seems to know more than me. I’ve been warned to stop asking so many questions. I should have listened.

This place is not what I thought it would be.They are not who I thought they were.

Beauty and the Bullies is a dark high school romance filled with mystery, suspense, and heat. Warning: This is a young adult/new adult series that does contain mature scenes and ends on a cliff-hanger.

Now, I stand alone. My friends? Gone. My support? Gone. My chances of survival? Dwindling. You’ve tried your best to break me, and you think you’ve succeeded. But I’ve told you once before: you can’t control me. If you try to take me down, you’re going to have to break me.

Audrey Alderville might have the power, the fight burning inside to get her final revenge… But I have the match that will burn this place down.

If you think you’re going to come away with innocence, you’ve got another thing coming. My heart is too dark to care, so save your breath – I do not care. I’ll fight my way through the temptations of the Alderville boys, no matter how much they try and pull me in. Thorn will save me, his raw energy, his desire to right the wrongs that have occurred within these grounds and beyond. The final instalment of St Alderville, this finale is one not to be missed.

My entire life has changed drastically in the past few months. Not only is my family dead, but I’m surrounded by vampires in an academy I can’t escape. My best friend has turned and the only ones I can rely on are four of the hottest bloodsuckers in this place.

To make matters worse, my murderous step-father is searching for me. And he’s getting closer.

With a whole school of 100 year old vamps wanting to suck my blood, a deadly human after me, and vampire Masters wanting to dissect me . . . I’m not sure I’ll make it through this semester.

I’m turning 18 and I’m already mate to an Alpha werewolf and three of his pack members. Just when I thought life couldn’t get any stranger, it does.

My little brother Alex has been through more than most kids his age and now? It’s up to me to make sure the rest of his life is uneventful. But that’s easier said than done when he’s experiencing changes I never thought he’d have to deal with.

My four mates are going to have their work cut out for them, because for me, Alex is always first.

With a name like Heartbreak Falls, one didn’t expect to find love at the new town I had moved to courtesy of my new stepfamily aka Mom’s new husband and his sons.
Something was up with my new rich stepfather, his sons, and what happened to their last stepmother. Something was up with the entire town, which my stepfamily seem to run. Along with the school where my stepbrothers reigned as cruel princes. All 3 of them were known as The Heartbreakers. Two were twins and my age, and then there was Tristan, the oldest. Gorgeous but god-awful hateful to me. What was up?

I was about to find out…if I lived long enough.

**Heartbreak Falls is a RH Dark Bully Romance and mystery for 18 and up. It is YA/NA and has themes of bullying and sex. If that’s fine with you, then dig in! Bully Me Not is book 1 of 5 and contains a cliffhanger.

Hating You: A Dark Bully Romance (A Blackthorn Elite Novel) by J.L.Beck & Cassandra Hallman due for release 29th November 2019

Two years ago she ruined my family’s life.

Maybe she thought it was only a little lie. That she did the right thing, that the worst was behind her, that no one had gotten hurt. Oh how naive the black haired beauty was. Fate has finally brought her back to me, to Blackthorn Academy. Once upon a time I was obsessed, consumed with the need to make her mine.

Now I just want revenge, and I’ll do whatever I can to get it.

You see the beautiful, sweet, Willow doesn’t realize the mistake she’s made yet. She doesn’t realize that she’s entered the lion’s den and there won’t be any escaping her fate. I’m Parker Rothschild, and I’ll become her nightmare, her enemy, her bully. By the time I’m finished with her she’ll be begging me for forgiveness and pleading to confess her sins.

**This is a standalone DARK bully romance. This book contains scenes that may be triggering to some readers. This is not a YA romance novel and should be read by those only 18+ or older. **

Final book in the Bully Boys of Brittas Academy Series.
Blurb to be updated! 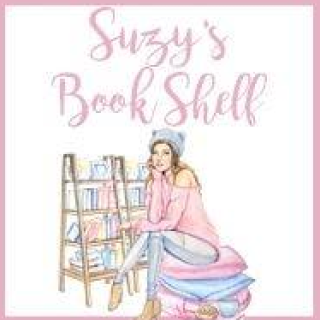 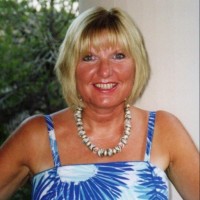 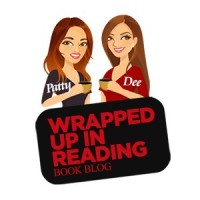